Innovation and Trees are Blooming in Tampa

Growth is an important part of any urban environment. Whether that’s infrastructure growth, business growth, population growth or employment growth, a city is always looking to expand and improve its input and output. For Tampa, Florida, that growth is boosting the city in two major sectors: innovation and the environment.

Recently named the Best Tree City on Earth by Treepedia, an interactive site run out of MIT that measures city canopy coverage, Tampa boasts tree coverage of 36.1 percent, the highest of any city measured. While that number might be news to non-Tampa residents, the city has long been proud of its greenery and has measures in place to ensure it stays that way.

Top three cities with the greatest amount of canopy coverage, as determined by Treepedia.

“What we have found and what we’ve proven is that you can be very progressive on the natural environment and yet at the same time create a place where people want to come and do business—the two are not mutually exclusive,” says Tampa Mayor Bob Buckhorn. “It’s not all about tearing down something to build something new, it’s about incorporating what is existing—including trees—into the fabric of the community.”

To protect its tree canopy, the city plants over a thousand new trees each year and accepts requests to plant trees in the public space in front of residents’ homes. In protecting the old grant trees and encouraging developers to incorporate greenery into their plans, the city is unsurprisingly one of the greenest places to do business.

But trees aren’t the only thing blooming in Tampa.

With new tech-based industry projects moving in to the area, new co-working spaces and a massive $3 billion investment to redevelop the city’s downtown waterfront district, funded by Tampa Bay Lightning owner Jeff Vinik and Bill Gate’s investment fund Cascade Investment LLP, the city is experiencing a major boom that’s been much needed since the 2008 recession.

“There are a lot of very innovative things occurring both within our industry but also among our clients,” says Chase Pattillo, Managing Director of CBRE Tampa. “The market has kind of hit a critical mass where it has all the available labor, the student infrastructure, the real estate and workforce components that make a city so attractive. We’re getting the right mix at the right time.” 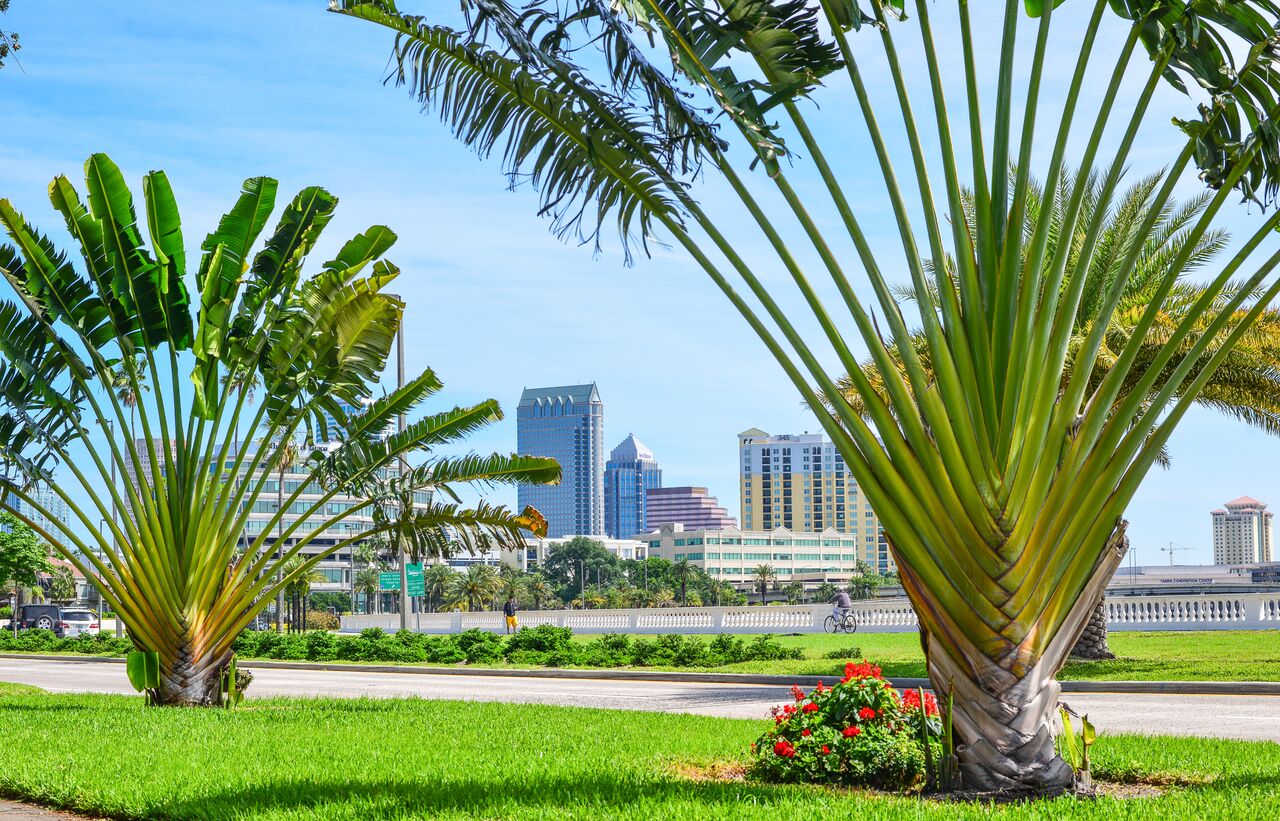 Today, while many of the call centers have outsourced those specific jobs, the companies have evolved into HR services, financial services, technology firms and more that provide highly skilled, highly paid employment opportunities. Similarly, the University of South Florida has undergone an evolution of its own and is now a leading producer of patents and recently became home to the Florida Center for Cybersecurity.

Steve Morey, Vice President of Business Development of the Tampa Hillsborough Economic Development Corporation, says: “If a company is looking for a place to reinvent themselves and put in a new retail and technology headquarters, this is a great place to do it. Not only do we have a thriving workforce, but what better place than Tampa as far as quality of life. You have a 12-month outdoor lifestyle, it’s an affordable place to live and there’s so much to do in the city.”

Thanks to a combined effort from the Mayor’s office, outside investment and commercial developers, the city’s downtown is now a major draw in bringing the millennial workforce and smaller businesses to the city. Like many modern U.S. cities, Tampa’s downtown struggled as suburbanization took hold. After work hours on weeknights, the downtown essentially cleared out. Today, with dozens of restaurants, bars and interesting places to visit—like the historic neighborhood of Ybor City and the riverside mixed-use Armature Works building—people are not only working and playing in downtown, they’re living there, as well.

Ultimately, the revitalization of Tampa comes down to the people who are investing their time, money and effort in making it one of the strongest economic drivers of the Southeast.

“The people who love Tampa and are the most excited about this market, regardless of whether they’re millennials just starting out or have been here for decades, are the types of people who are interested in shaping the future of this city and its success story,” says Michelle Bauer, COO of the Tampa Hillsborough Economic Development Corporation. “If you’re attracted to the idea of having a vision to create something, this is the place for you.”