From Small City to the World Stage: How PyeongChang became an Olympic City

Eighteen years ago, PyeongChang, South Korea, first set its sights on hosting the Winter Games. Though the 2010 bid was awarded to Vancouver—by a mere three vote margin—the attempt spurred PyeongChang forward. Its second bid, for the 2014 Games, was also ultimately rejected in favor of Sochi—by a stinging four vote margin. But by then, the International Olympic Committee had PyeongChang on its radar, and awarded this year’s games to the small mountain city. After over a decade of attempts, PyeongChang was ready to get to work.

“Koreans are very patriotic and fiercely proud of their accomplishments, so hosting the Olympics for the second time—and becoming one of the few countries in the world to host both the Summer and Winter Olympics, and only the second ever in Asia—is certainly a meaningful event,” says Darren Krakowiak, managing director and country representative of CBRE Korea.

With less than 50,000 permanent residents, PyeongChang is one of the smaller cities to play host to the world’s games, but that doesn’t mean there was less to do to prepare. 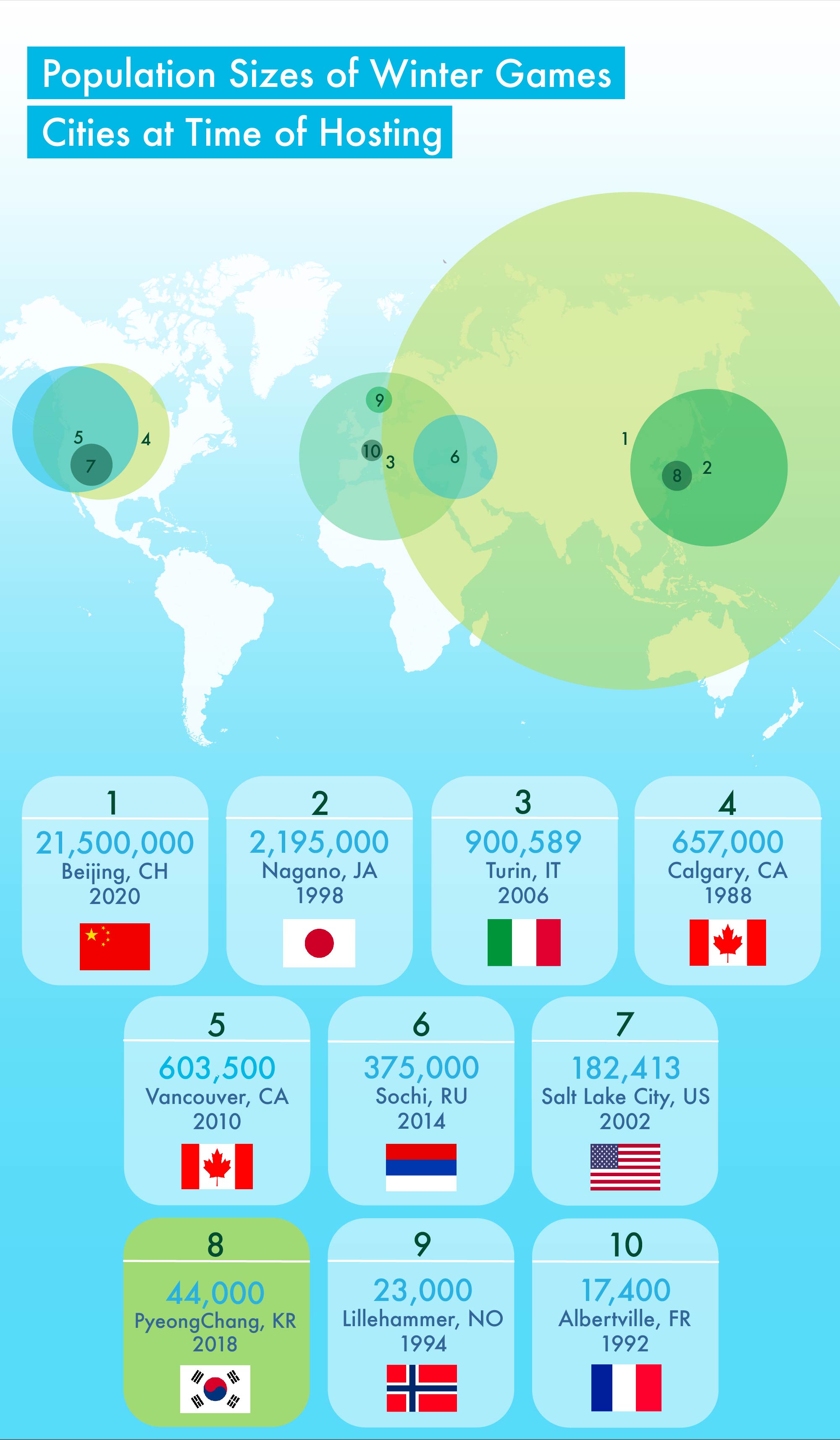 Since winning the bid seven years ago, the city has been hard at work. From building venues, to improving transportation and re-establishing its local image, PyeongChang has emerged anew. Of the 12 game venues, six are refurbished structures and six are brand new. The Olympic stadium, built just for the opening and closing ceremonies with seats for 35,000 spectators, will be dismantled after the games have ended. 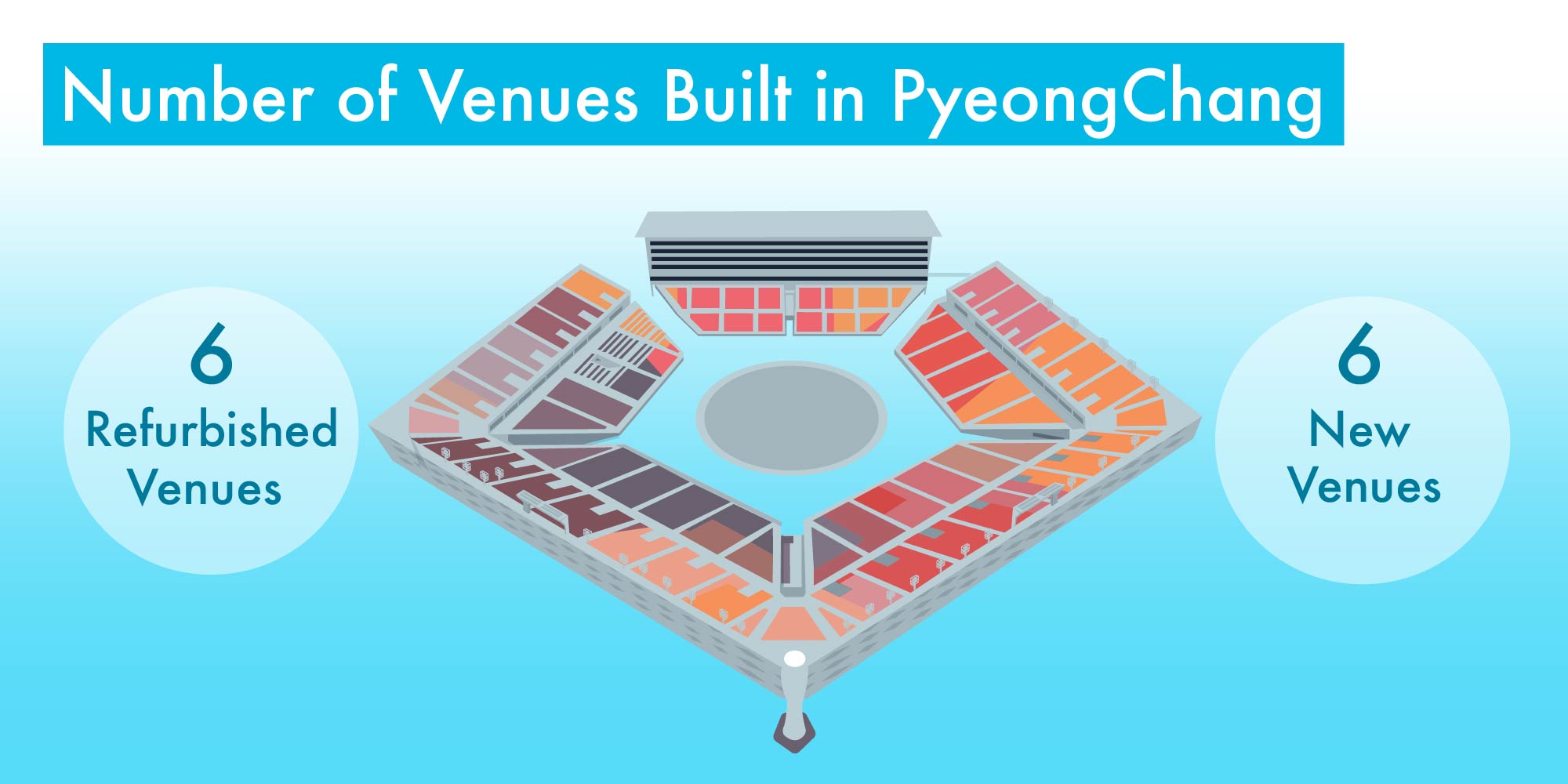 Thanks to South Korea’s new KTX high-speed rail train, visitors from Seoul can reach PyeongChang in just over an hour, and visitors flying into Incheon International Airport can reach Gangneung, the farthest Winter Games destination, in under two hours. With infrastructure spending that far exceeded venue spending, the Gangwon province (where PyeongChang and Gangneung are located) is looking beyond the games and hoping to bring new life into the region.

We’re not there to criticize how the games are being run, we’re there to compete.

“The new Gyeonggang line, providing KTX services to Gangneung, commenced operation in December 2017 and will enhance connectivity to the north-eastern coast of the country well after the Olympics are completed,” Krakowiak adds. “There is also improved road infrastructure, such as a newly opened 22 km expressway between Seongnam and Anyang, which will reduce travel time from Incheon International Airport, where the vast majority of overseas visitors will enter Korea, to Pyeongchang to just 95 minutes (compared with around 2 hours and 15 minutes previously).”

For Olympian Kate Hansen, a former member of the U.S. Olympic luge team who competed in Sochi, the Winter Games are less about impressive housing or expansive venues, and more about the spirit of competition.

“We’re not there to criticize how the games are being run, we’re there to compete. I’ve never heard Olympians come back from the Olympics and say, ‘that was so frustrating, the housing was so bad,’” she says. “The only thing that needs to be set up is transportation to the race, and transportation home. Other than that, all we really need is a bed, a shower and a gym.”

Tags: Asia, Infographic, Infrastructure
MORE FROM THESE WALLS CAN TALK: